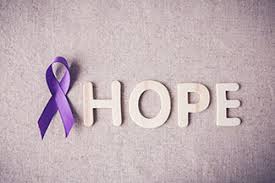 ***Name has been changed for party’s protection****

“Please, Kyle let me go. Just stop. I have to go to work,” I pleaded. I could barely get the words out of my tired lungs as I sobbed uncontrollably from the passenger seat. The taste of blood and tears filled my mouth. My heart beat was so loud I heard it like a bass drum in my head.

“Bitch, you ain’t going where,” he reached out, the closed fist of his right hand connected with side of my chin……

I had just stopped to get gas before work. I was sitting in my truck, the windows down enjoying the crisp breeze from the warm spring day. I had a few minutes to spare so I sat there absentmindedly playing on my phone. Before I even knew what was happening a hand reached across me in my driver’s side window and snatched my keys out of the ignition. “Get out.” His voice sent a chilling shiver throughout my entire body and I was paralyzed.

“I said get the fuck out,” he said as he opened my door so he could come closer to me. He moved his face near my to the point the tips of our noses slightly brushed and repeated the command. Though he whispered, the anger in his voice rumbled like thunder. Without responding I slid over to the passenger seat.

Before I could even find another word of protest he was in the drivers side, zooming out of the parking lot. I could tell by looking at him he was a bomb, seconds away from going off. One false move, one spark, and he would explode.

“Kyle,” I said as calmly as I could manage, “I have to go to work. You can keep my truck and pick me up when I get off.”

“You ain’t going no fucking where. You want to leave me? Fuck that job. I will make you go to the bank and withdraw everything you have and we’re out of here. Whatcha gonna do then bitch?” He didn’t even yell. His anger was evident but he spoke in a tone that portrayed the confidence he had in his control over the situation. If he didn’t want me to leave, I wasn’t going to leave and it was really that simple to him. My heart pounded in terror. I mustered the courage to speak up. Tick tick. BOOM.

When he hit me the first time, I wanted to kill him.  I literally wanted to strangle him to death. I looked at him in complete disgust. How is it that just days before I was struggling with my decision to leave. How on Earth did I miss him? But I knew losing my patience, fighting back would escalate the situation.

When he hit me again, I completely lost it. Fear turned to rage and I screamed. “You’re crazy. You’re fucking crazy I hate you.” I started swinging, my fists connecting with whatever part of his body they could find. He swerved my truck trying to keep control and fend me off at the same time. “Let me the fuck out or I’ll jump. I’m not going anywhere with you. I swear I’ll jump out.”

I am honestly not sure what was going through my head when I grabbed the handle. If you ask me now, I’ll tell you that I never intended to jump. I’ll tell you it was an idle threat meant to deter him from his intention of forcing me to go with him. I’ll tell you that I believed if he really thought I would jump he would stop the truck. But maybe that’s a lie. Maybe there was a part of me who would have rather risked my life for freedom than spend another minute suffocating under his power. All I know for sure is when I opened the door he slammed on the gas and I went flying.

If it hurt in that moment, I didn’t feel it. I was bleeding everywhere but I had no idea at the time.  I stood up in the middle of the road and noticed the several cars who were waiting for me to get out of their way. Kyle yelled something inaudible out of the window and before I could take the time to comprehend the words he screamed, I started to run. When I was finally brave enough to look back, he had already driven away.

When people find out I was in an abusive relationship, rarely is it empathy that I am met with. I have heard everything from

“I would never let a man hit me.

If you stayed you deserve it.

Why didn’t you fight back?

I would have killed him.

Why didn’t you leave?

Why didn’t you call the police?”

I am seen as some weak, powerless, naive woman. None of which are true.

I could tell you about the one time I jumped/fell out of a moving vehicle in attempts to free myself from the grasp of abuse. Often the response I’ll get is “You jumped out of a car. You’re crazy.”

My question to you, is have you ever been afraid for your life?  Have you ever seen someone’s rage transform them before your eyes? Have you ever spent your day looking over your shoulder, wondering if someone is watching?  Have you ever been so terrified that you would never take another breath that you had to weigh  your options and take which ever one seemed to give you the better chance at survival?  That was my life. Every. Single. Day.

This incident  was a result of me trying to leave. Days of unanswered calls and refusal to see him lead him to come find me. I did fight back, but he was a man whose rage allowed him to over power me almost every time. I did call law enforcement, but getting a restraining order isn’t always as easy as you think. I couldn’t press charges on him when he didn’t actually push me.   I couldn’t prove he was stalking me. Just the week before we were together by choice. You can call me stupid, but I was also 17 years old struggling  to differentiate between love and hate. Between fear and hope.

The truth is, none of that matters.  Even if I never did anything at all to stand up for myself. IT. WAS. NOT. MY. FAULT.

The thing about domestic violence/dating violence situations is that physical abuse almost never comes first. The person who you love, who you have become devoted to begins to tear you down piece by piece. At first you think you can help them. Change them. You believe their outbursts can be loved away. But they keep picking away at your self-esteem. They do everything they can to make you believe you have no other choice. And somewhere in the midst of all the hate and anger directed at you, you begin to believe it’s true. And for the many who make their attempt to escape, they end up in a situation like I did. Struggling to calculate their best chance for survival.

October  is domestic violence awareness month. And so often this topic gets overlooked and un-talked about. As if the very mention of it his completely taboo. It’s a topic that for far to long as been whispered about, fingers pointing and judgmental stares lurking. People don’t want to get involved. Or they can’t understand why someone stays. So instead of trying to understand, they don’t talk about it.  Everyone can agree “domestic violence is bad”  or “you shouldn’t hit girls”. But then it’s quickly swept back under the rug to be ignored. After all, it would never happen to  you.

I grew up in a middle class home. I did not come from a broken family. I did not witness abuse. My father is a gentle man. My mother is kind.  My parents told me they loved me. They took me to church faithfully. I had friends. I did well in school. Yet somehow, I found myself in a relationship that was abusive.

Domestic violence is not exclusive to any social class, race or even gender. And people stay out of fear, financial dependency and all kinds of reasons.

Here are some statistics as reported by https://ncadv.org/statistics:

For those of you who were lucky enough, like me, to find your freedom. I get it. I am proud of you. You are amazing. You are worth it. I proudly stand with you.

In the midst of all the pumpkins, fall harvests, ghost, goblins and pink ribbons, I am asking you to please take a moment to remember the purple.

If you or anyone you know is a victim of domestic violence please visit thehotline.org or call

One thought on “Remember the Purple.”